I have one of these Instamatic cameras – in that box! No flashcubes, though. Maybe they were used by groovy people in square garb and music (just like the flashcubes I guess) ?

Oh did I mention the Flashcubes? Yes? Radical man, radical.

And what you were always missing wasn’t a jetpac and a hoverboard, not it was a gyrocopter and a super 8 camera:

Oh in a galaxy far far away a young Jedi takes pictures with a ‘Tele Instamatic’ 110 camera and amazingly unlike the real thing you can actually see what you take rather than odd-shaped blur you’d most likely get (gawd, 126 was remarkably sharp if scanned/printed properly but I doubt even my scanner could get much out of 110)…must be that ol’ Blade Runner technology.

No to see a proper old-skool advert and how I think modern Cillit Bang type advertisers could learn a thing or two, is Kodak’s infamous ‘Turn Around’ advert.

Not a dry eye in the house? So this style doesn’t work anymore, huh? Love the ‘…and thoughfulness’ at the end.

Oh that’s where that comes from! 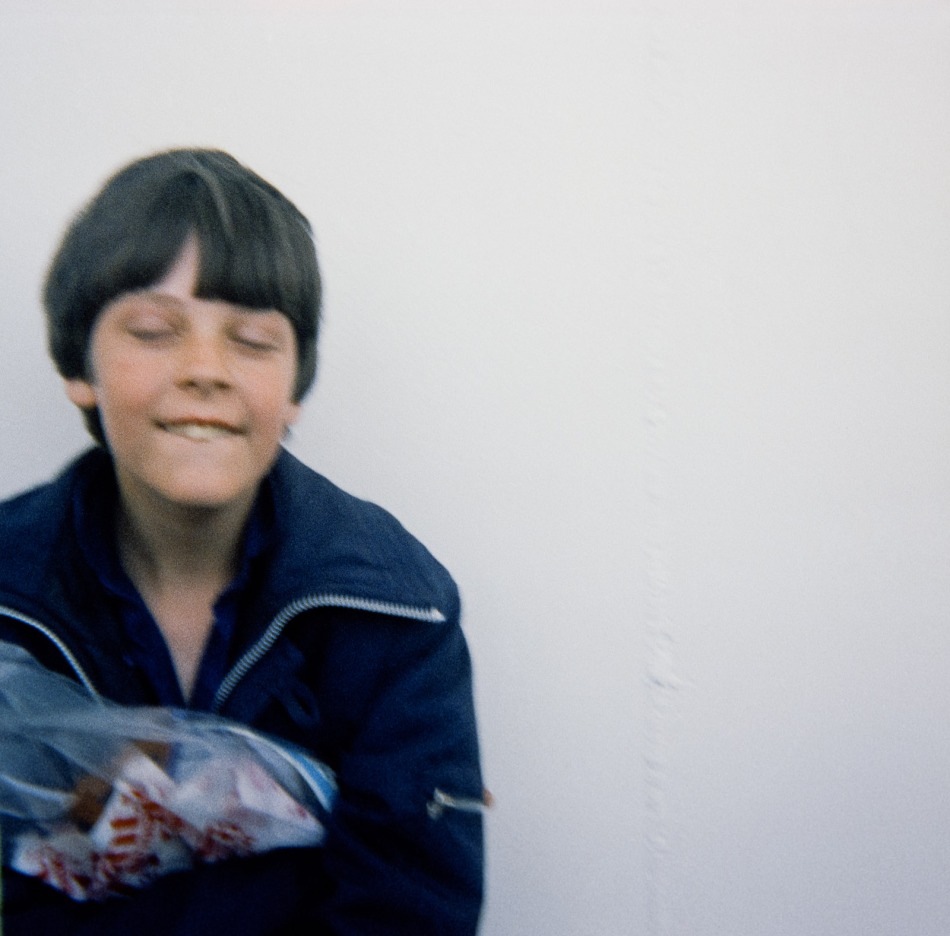 Your humble photographer, aged 9 on the ferry to Boulogne

Even further back into time, these are the first pictures I ever took – well not the one above, obv. My adapter from FilmScanUSA for 126/Instamatic film arrived a few days ago and been having fun scanning my old 126 films. As I said in the blurb I started taking pictures when I was given a camera I think about the age of 8. That plastic GALT camera leaked light, and was a strange sized film (127? Checked the film and it’s larger than 35mm but not as big as 120 as I thought). So I found a 1960s Kodak Instamatic camera for 25p at a jumble sale and off I went.

Miles jumping off a swing (detail)

I was 9 or 10, I knew not yet who this Lartigue bloke was but I was trying to capture my friend jumping off a swing.

It’s hard to describe the sense of discovery since I assumed most of the the 126 pictures were low-res and pretty cack and it turns out from the shots I’m finding on the first ever films I was a complete natural. Framing, composition, movement, the decisive moment (no idea who that Bresson bloke was either at that stage)….it’s all there. All my previous assumptions about taking a long time to get good are total bollocks – although I did spend far too much time trying to shoot tiny pictures of fighter planes which on a little fixed focus Instamatic with Sunny 16 and Cloudy settings (woo!) wasn’t really going to fly. I can now see the genesis of the whole movement style I have already in place. WTF?

I’ve not seen this or most of the 126 negs properly since taking them, not sure I even have a good print of this…part of the problem was the fact that the prints were terrible, so I assumed *I* was terrible. The scans reveal otherwise – all I am doing is restoring the fading, some cropping and sharpening, contrast etc. Nothing more, and most need almost no tweaking. It’s like a view into a past world… 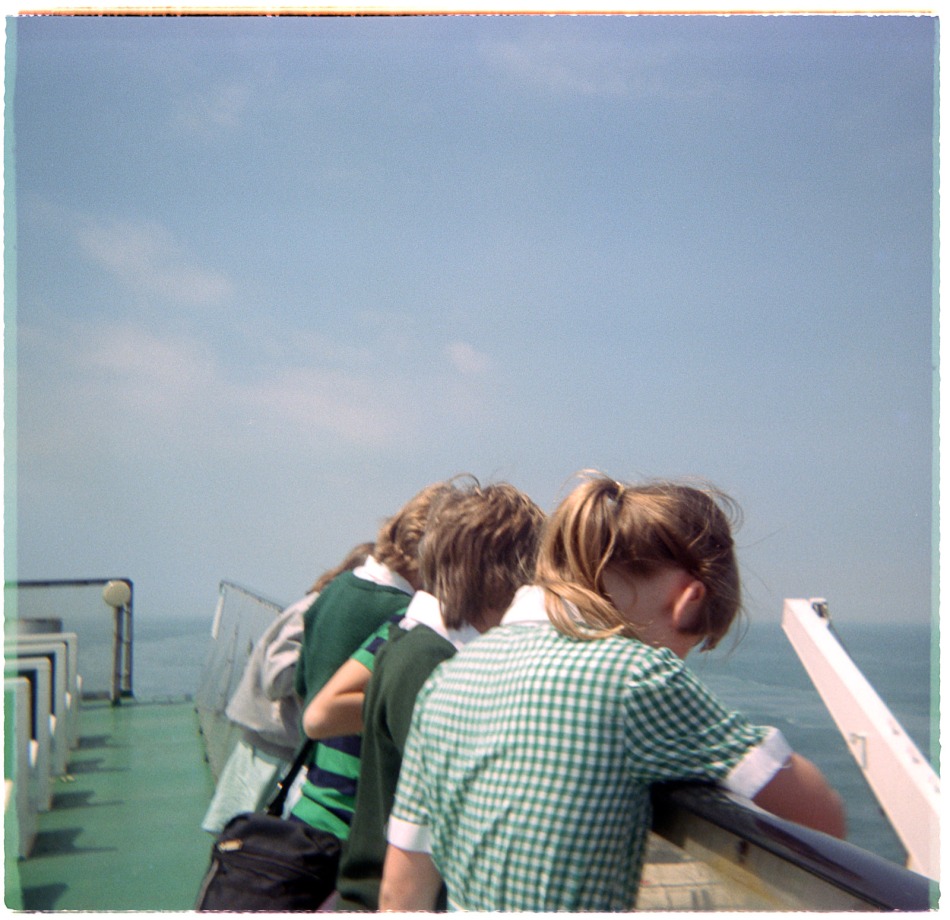 And the colours on the Kodak Instamatic film are just jaw-droppingly beautiful. You can keep Instagram, this is the real shit. Sadly 126 is not being made anymore although amazingly survived til 2007 as Eastern Europe still used it! It’s the height of 35mm film so you can still easily process it – prints are not usually possible cos of the different square frame size.

You can see the full gallery here, I will add to it as I scan more.

As regards the Nikon 126 adapter – hmm it does the job but it’s very flimsy and plastic, thus a bit overpriced as not metal as suggested by the pics – already managed to break one and a half of the struts! /not happy. Also, with all of the scanner holders I have bending of the film is an issue especially with this holder, you can get a Newton glass version but given the build quality – or lack of it – I think I’ll invest in a glass holder for 120 then do a DIY card mask as per this blog.